We are on a mission to transform 1 million lives by 2024 by building an ambassador-first culture that helps people lead healthier lives.

Lighting the way to healthcare that works better for all

Marathon Health is on a path to become the most trusted health company by delivering outcomes that people care about.

We partner with employers to make healthcare work better for their employees. Powered by care that’s convenient and easy to access. That goes further, offering a fundamentally different experience focused on wellness before, during, and after a visit. That delivers lower costs, improved outcomes and better health.

OurHealth merged with Marathon Health in 2020 to deliver the most comprehensive product on the market. OurHealth’s MyClinic Network is the first and only access point to deliver advanced primary care where people live, work and shop. Preventive and acute visits, behavioral health, onsite medications and more than 1,500 lab services within a 10-minute drive led to higher engagement among employees and dependents and continues to be the driving force of our growth.

We take a strategic and flexible approach to our footprint driven by impact and need. Marathon Health operates health centers in over 40 states and we are the country’s only worksite health provider offering a network model.

When healthcare gets more immediate, engaging, and personal, costs go down, outcomes improve, and everyone wins. THE BEST OF THE BEST Jeff Wells, MD, is the CEO and co-founder of Marathon Health, a modern health company that specializes in delivering advanced independent primary care for employers throughout its network of onsite, Network and virtual health centers. The company has delivered more than $1 billion in healthcare savings to date for its clients, which include the Cargill, Tyson Foods, the City of Indianapolis and OneAmerica.

Prior to merging with Marathon Health, Wells served as the President and co-founder of OurHealth, where he spent 10 years designing and scaling an innovative primary care model and launched the country’s largest near-site clinic network called MyClinic.

Wells, who earned his MD in internal medicine from Indiana University, is also the former director of Indiana’s Office of Medicaid Policy and Planning where he managed a $5 billion healthcare program. Under his leadership, Indiana’s healthcare trend rate was cut in half — from 10 percent to 5 percent — without sacrificing services or program eligibility. Additionally, the Healthy Indiana Plan (HIP) was created during his tenure, which is widely considered one of the most innovative models for increased health insurance coverage in the country.

Wells has been recognized as one of the Indianapolis Business Journal’s Forty Under 40 and serves as a board member for Indiana YPO. Ben Evans serves as the Executive Chairman and co-founder of Marathon Health where he leads the board of directors, capital strategy and M&A. Prior to his current role, Ben served as the Chief Growth & Strategy Officer and was the CEO of  OurHealth, which he co-founded in 2009. OurHealth merged with Marathon Health in 2020. Ben is a passionate advocate for healthcare disruption and has served on the boards of Marathon Health, Meridian Street Capital, Mitch Daniels Leadership Foundation, Park Tudor Board of Trustees and is an active investor in the start-up community. Meghan MacDerment serves as our interim Chief Operating Officer where she is responsible for account management and health center operations. Meghan joined Marathon Health in 2012 and has held a variety of leadership roles across her tenure, including Project Management, Implementations and Field Enablement. Prior to Marathon Health, she held positions in traumatic brain injury rehabilitation centers and long-term care. Meghan has a master’s degree in Health Administration and holds a Green Belt in Six Sigma. Venkat CJ serves as the Chief Product & Technology Officer of Marathon Health. He leads product development for clinical service and digital experience and oversees analytics, security, and IT operations. Venkat started his career as an engineer at Microsoft before moving into tech leadership and, ultimately, executive leadership roles as the CIO of Delta Dental and Chief Product & Operations Officer for Vera Whole Health, where he was responsible for digital transformation, product development, and customer experience.

Venkat lives in Seattle with his wife and two children. You’ll find him running half-marathons when he’s not cheering on the Seahawks or Man City. Pat Murphy serves as the Chief Financial Officer of Marathon Health. Pat brings more than 25 years of finance experience, including 17 years at Elevance Health (formerly Anthem) where he held a variety of leadership positions, including assistant controller, chief audit executive, president & GM of disability & life and most recently the CFO for the Central and West regions.

Pat lives in Indianapolis with his wife Deanna and two kids. He’s a graduate of Indiana University and is actively involved in the Indy community, including serving on the boards of Indiana Sports Corp., Bishop Chatard High School and St. Pius school commission. 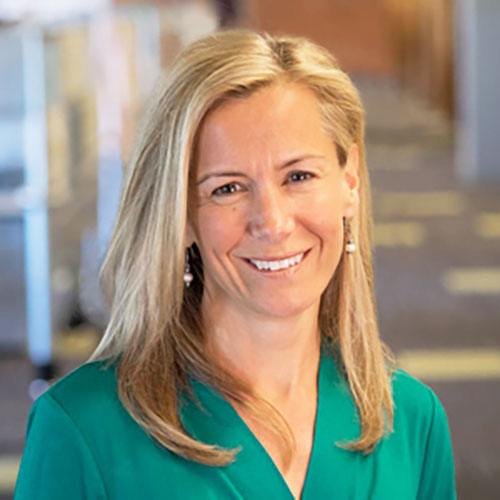 Christina Wahlig serves as General Counsel for Marathon Health, where she oversees commercial and strategic transactions, regulatory compliance, corporate governance, employment issues, data privacy, intellectual property protection, and claims/litigation. Prior to joining Marathon Health, Wahlig served for six years as the General Counsel of MyWebGrocer, Inc., InfoSpace, and several private law firms. She also founded and ran her own law firm, Loughran & Wahlig, PLLC, where she advised her corporate clients on the commercialization and protection of proprietary technology, corporate structure, corporate governance, and data privacy. Wahlig is a graduate of Yale University and Cornell Law School. Terry Layman, MD joined Marathon Health in 2012 and today serves as Senior Vice President, Corporate Medical Director. Prior to joining Marathon Health, he worked in hospital systems and led private practices in Marion and Fishers, Indiana. Dr. Layman graduated from Indiana University School of Medicine and completed his family medicine residency at St. Vincent Hospital in Indianapolis. He is a board-certified family physician with more than 20 years of experience as a primary care provider. He is also a member of the American Medical Association, the Indiana State Medical Association, and the American Academy of Family Physicians.

As SVP, Corporate Medical Director, Dr. Layman serves on the senior leadership team and provides clinical leadership for our 200+ health centers. Dr. Layman is passionate about delivering patient-centered primary care and continues to dedicate a portion of his time as a provider in one of our health centers. He enjoys taking a holistic perspective, spending the necessary time to fully understand an issue, while working to clarify options and recommendations with his patients. Debby Routt serves as the Chief People Experience Officer of Marathon Health, which includes responsibility for Talent Acquisition, Talent Management, Total Rewards, Organizational Development and Training. Debby brings more than thirty years of HR leadership and a passion for people and their development to the role.

Debby began her HR career in Germany with Boston University and went on to have leadership roles at Allstate, RCI, OakStreet Mortgage, and OneAmerica. While leading HR at OneAmerica, Debby drove the initiative to implement an onsite health center (selecting OurHealth, now part of Marathon Health) and has been a passionate influencer of the employer-sponsored clinic benefit ever since. Debby earned her Master’s in Business from Boston University and is on the executive board for Indianapolis Dress for Success. Pierce Graham-Jones serves as the Chief Strategy Officer, where he is responsible for strategic partnerships and acquisition opportunities. He brings a wealth of experience in technology-enabled healthcare transformation, most recently at Alphabet’s Verily Life Sciences. He was one of the earliest employees at Jiff, a health benefits platform for large employers, and helped lead the organization until its sale to Castlight Health where he served as Head of Growth from 2016 to 2019. Pierce also spent five years working on payment reform at the US Department of Health and Human Services, where he was recognized by Forbes as one of “30 under 30 healthcare leaders changing the world.” Earlier in his career, Pierce was a management consultant for Monitor Group. 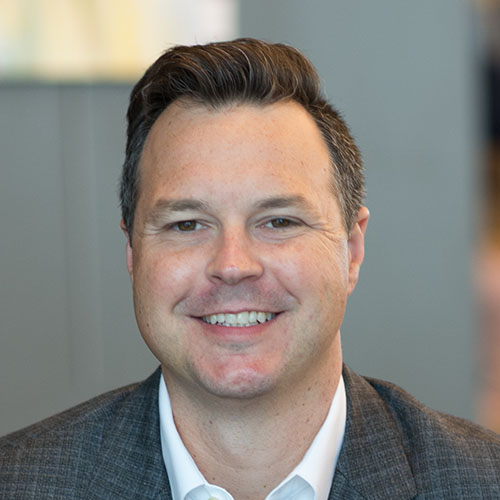 Chad Ashcraft serves as the Chief Growth Officer for Marathon Health, where he is responsible for driving new sales and channel expansion. Chad joined the company in 2013 and has held product, innovation and sales leadership roles. Chad has more than 20 years of experience in enterprise sales, business consulting, strategic partnerships and developing new go-to-market strategies for high-growth companies. He received his undergraduate degree from DePauw University in Computer Science and a master’s degree in Information & Communications Science from Ball State University. Shelly Towns serves as the Chief Marketing Officer of Marathon Health, where she leads member engagement, b2b marketing, brand management, and communications. Prior to joining Marathon Health in 2017, Shelly spent 12 years in a variety of leadership roles at Angie’s List, including brand strategy, digital marketing, and product management.

Shelly is a graduate of Indiana University and was named to the Forty under 40 class in 2015 and a Woman of Influence in 2016 by the Indianapolis Business Journal. Her prior non-profit board experience includes TechPoint and The United Way where she chaired the marketing committee. Shelly currently serves on the board for the for-profit company Skin Laundry and the Indy Chamber. She lives with her husband and two daughters in Indianapolis and is a proud IPS parent. 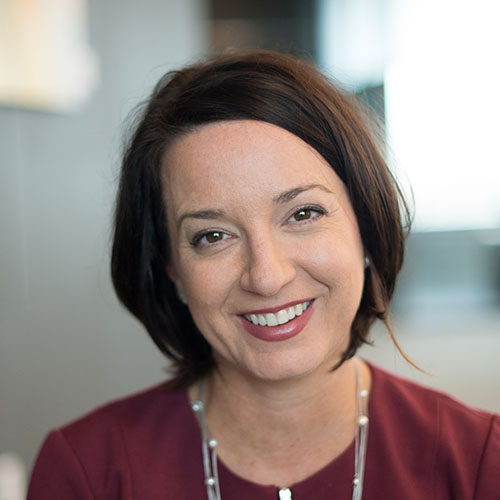 Katie Vicars brings more than 20 years of experience to her role as SVP, Client Success for Marathon Health, where she has served in a variety of leadership roles, including account management, operations, and business development. Prior to joining Marathon Health in 2015, Katie spent 20 years at Anthem where she was the chief of staff for the president and CEO as well as an Account Executive for more than 100,000 member lives in public and private sectors.

Katie lives in Indianapolis with her husband and son and serves on the board of directors for The Children’s Museum of Indianapolis. She is also a graduate of the Stanley K. Lacy Executive Leadership Series and a member of the Women’s Fund of Central Indiana.